Will Smith Delivers Big, Bold Strokes to the Latest 'Aladdin' 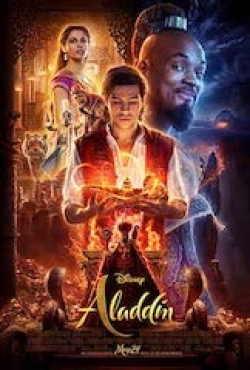 When it came time to turn the Disney resources toward the remaking of Aladdin, director Guy Ritchie went big.

After all, he had the legend of the late, great Robin Williams voicing the magical genie in the 1992 version to as a great, big shadow.

So in this live-action reboot, that pivotal part fell to Will Smith.

And he knocks it out of the park, delighting in the chance to take the screenplay written by Ritchie and John August to make this time-honored Disney character a wise puff of smoke.

Smith’s take on the genie let of the lantern truly not only fulfills wishes but genuinely fills in the nuances of honor and character for that wily “street urchin” in his chase for the hand of the princess.

It’s a bold and beautiful picture, too, as the screen is filled with bright colors and bigger-than-life characters doing right and wrong and leaving quite an impression for viewers of all ages.

Mena Massoud plays the street-wise young thief-gone-lothario with a gleam in his eye and honor in his heart. 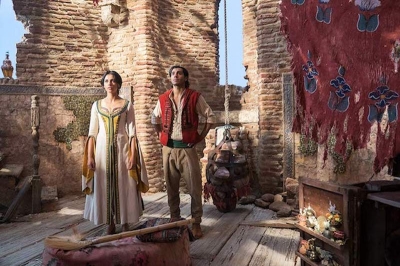 Naomi Scott is his delightful match as the smart and loyal Jasmine, a daughter out to protect her father and the kingdom yet willing to see what’s right and wrong in front of her eyes.

Marwan Kanzari will make you mutter for Jafar’s evil ways, too.