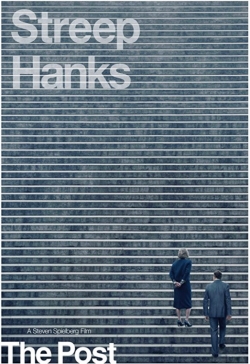 Weak-kneed journalists need not apply as the president and his justice department followers attempt to put the clamps on a free press.

But this ripped-from-the-news docudrama directed by Steven Spielberg from the work of screenwriters Liz Hannah and Josh Singer turns the calendar back to the days of Richard Nixon and the leak of The Pentagon Papers, the damning documents that put plenty of politicians in a pickle because they said one thing to the American public and believed and/or did quite another.

If you weren’t there at the turn of the 1970s and the unraveling of The Vietnam War pedagogue, the initial story was broken by The New York Times. This not only put Nixon’s blood in a boil, but also that of The Washington Post’s managing editor, Ben Bradlee, who hated his staff getting beat on a story in is own backyard.

He rants at his reporters and editors and even lets the layer above him in on his displeasure.

Then the Justice Department tells the Times to cease and desist on further reporting of the story.

Is this The Post’s opening to catch up, get ahead of the competition, or have its top brass thrown in the slammer?

The dilemma for Graham as she tiptoes between her role as D.C. socialite and the paper’s top decision-maker is quite a revelation.

All this happened just as I became a teenager, so the inside scoop revealed sitting in my living room watching the Blu-Ray was a godsend, even for a longtime newsroom journalist. 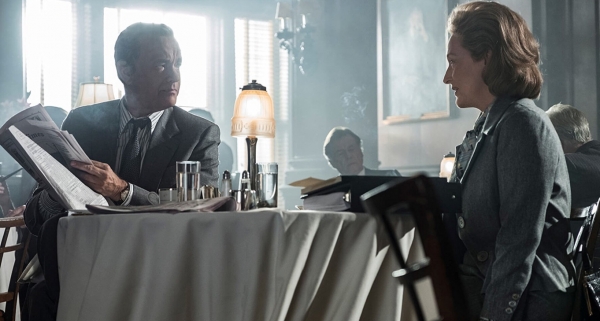 Bob Odenkirk as The Post reporter who sinks his every fiber into making the most of the short hours they have to put together a piece is the real deal. Matthew Rhys as a whistleblower who follows his conscience, Bradley Whitford as an overbearing newspaper board member, Sarah Paulson as Bradlee’s with-it and with-him wife and Bruce Greenwood as the two-sided Cabinet member are all so solid in their roles. It feels like that time.

But it could be right now.

The tale reminds us all how important a free press is to every citizen. No matter what noise is coming out of The White House.