by Mark Bialczak | 17 months ago 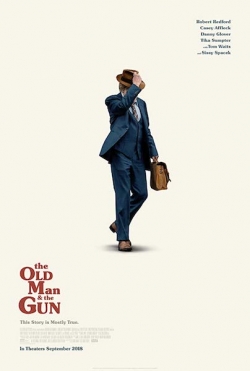 Old Man and the Gun review

Forrest Tucker was quite the artist.

In The Old Man and the Gun, director and writer David Lowery (based on the New Yorker article by David Grann) draws Tucker as a man who uses his simple charm to win over people of many ways of life.

Robert Redford plays the man who actually and truly broke out of San Quentin at the age of 70 by building a boat(!) with a glint in his eye.

We meet Tucker when he’s on the loose with his crew, which includes wily guys well-played by Danny Glover and Tom Waits. These seniors know their way around banks, yes, they do. Their successful heists catch the eye of a policeman, played with wide range by Casey Affleck, who happens to be in one such bank with his young son, blissfully unaware as the successful heist unfolds.

With aplomb behind the wheel and car knowledge to spare, Tucker also meets a fine woman whose vehicle is not so well at the moment. Played by with grace by Cissy Spacek, Jewel’s open arms do much for Forest’s disposition and mind-set.

The chase is on.

Will the law find Forrest?

Will the good life win him over?

Can the past stay there?

It makes for an interesting jog, around the south and through Forrest’s mind.