Our Communication Guy's favorite 10 movies from 2016 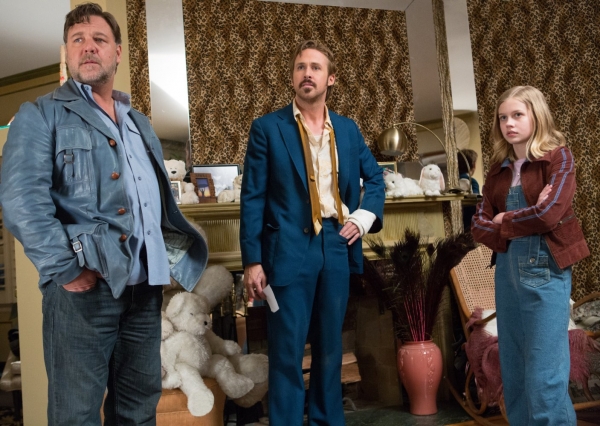 I sat and pondered with the list of first-run and Blu-Ray/DVDs I’d watched these past 12 months, thinking about the effect they’d had on me in the theater or on the flat screen.

Yes, there was good work in front of my eyes once a week, drama, comedy, all sorts of genres in the nooks and crannies.

10. Central Intelligence. Kevin Hart and Dwayne Johnson show great comic chemistry in this tale of the little guy who could and the big guy who did. It was fun to watch The Rock flash serious comedy chops as the guy who turned himself from a high school dweeb into a man of stone. And Hart has fun playing off him, too.

9. Hail, Caesar!. This is a triumphant nod to the big Hollywood Studio days when honchos laid down the law, fixers made sure things went right, and actors were along for the ride. George Clooney is hilarious as a semi-clueless star, and Josh Brolin is priceless as the guy who cleans everything up for everybody.

8. Doctor Strange. Marvel Universe’s latest enchants with star Benedict Cumberbatch shining as the doctor who must conjur his powers from both deep within and mysterious sources after a car accident renders his operating skills useless.

7. Suicide Squad. Most critics panned this D.C. Entertainment ensemble epic before it hit the main theater run, but I thought the collective of baddies led by Will Smith and Margot Robbie and the storyline were somehow just right for each other. And Jared Leto as the Joker was absolutely chilling.

6. How to Be Single. This romantic comedy got the feeling right as Rebel Wilson, Dakota Johnson and Leslie Mann star as a trio of women looking for the right one as their potential mates challenge them in various ways and angles. Believable for all ages, those that have been there previously and are glad they’re not anymore included.

5. Star Trek Beyond. This new cast of Kirk, Spock and crew on the Starship Enterprise are interesting, fun to follow and feel like the old TV days. Director Justin Lin managed to also give this one the feel of his Fast and Furious franchise work in pivotal points, and that was a very good thing.

4. Race. The world needed to see this biopic about American hero Jesse Owens went through before winning all that gold in Adolph Hitler’s Berlin Olympics. Stephan James played Owens was great depth and layers, and Jason Sudeikes stood out as his fallible but ever-loyal coach.

3. La La Land A Hollywood musical about Hollywood hits just about every mark at the holidays. Ryan Gosling and Emma Stone can sing and dance as their characters plumb the depths of their rocky road together as they separately battle for success in music and acting, respectively. The story is interesting, the cinematography is gorgeous … Which mean that the notion that the romantic spark between the two seems more sparkler than Roman candle to me can be forgiven.

2. Sing Street Irish-born director John Carney sets this one in Belfast, in 1985, as teen Conor’s head is sent spinning when his family loses its financial footing and he’s sent to a public school instead of his previous more cushy private digs. He’s bullied in the new joint. So, thanks to older brother Brendon, he turns to the music of the records of that time and starts a band to – you know it – hopefully catch the eyes and ears of pretty Raphina. She’s older than he by a year, oh-so-worldy as a model, and agreeable to appear in a band video. The rest is full of interesting ups and downs, cool music, and the thought that Carney’s Begin Again, with bigger stars Mark Ruffalo and Keira Knightley, might not even be his best music-themed movie anymore.

1. The Nice Guys. In 1977 Hollywood, odd things are happening to, for, and from the vinegar-and-water pairing of Russell Crowe and Ryan Gosling as a couple of for-hire guys just trying to make a living.
Crowe’s Jackson Healy is a tough guy who’ll take a man’s money and then deliver a knockout punch. Gosling’s Holland March is a sweet and addled guy with a precocious 13-year-old daughter – the fabulous Angouri Rice – who’ll take anybody’s money to keep them afloat. The story spins and turns as the main men hate, love and do their best. The vibe, chemistry and plot weave it all together just right.