Nobody Seems Amazed at The Rock Scaling Adversity in 'Skyscraper' 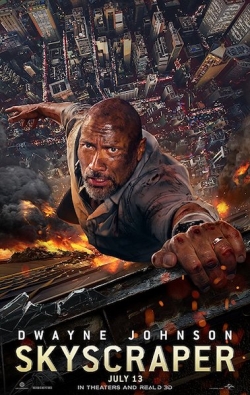 Bad guys foiled by the guy played by Dwayne Johnson?

Now that’s a comfortable enough fit for The Rock.

Yet still, an eyebrow might be raised at what director and writer Rawson Marshall Thurber put the harried guy by the name of Will Sawyer through in Skyscraper. Maybe both eyebrows.

Sawyer, a former FBI guy, strongly goes through life as a security consultant whose clients include those who’ve built a very tall building. He more than makes do on his prosthetic leg, we’ve got to believe from his confident way.

Then one day the bad guys decide to set this 240-story building on fire because they need to steal something. Diversions, right?

Anyway, Sawyer’s wife and kids happen to be inside when the fires burn.

He goes into action. Wait! The wily criminals put obstacle after obstacle in front of him.

Of course he’s smart enough to match wits with their intricate plan.

His wife, played very calmly by Neve Campbell, hones in on his brainwaves and displays confidence in his physical state, too. 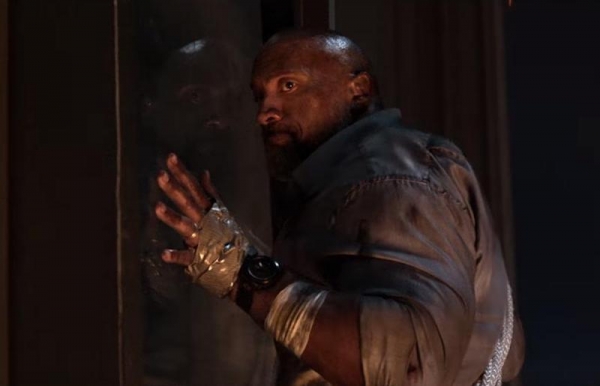 And therefore action movie fans will get to see The Rock climbing, swinging, hanging on by his fingernails ...

It’s as frenetic as it is energetic.

Don’t try this at home, kids, in any way, shape or form.

Skyscraper screens as part of the Liverpool Public Library’s Mixed Bag Movies series at 2:30 p.m. Friday, May 3, an offsite event at NOPL-North Syracuse. Skyscraper is part of the LPL’s MediaBank collection.