Home » Blog » Good News! You Can And Should Take That Old Number to a New Phone

Good News! You Can And Should Take That Old Number to a New Phone

Oh. My. Goodness. You’re gonna ask me about taking that jump from the old phone to a new phone, as in, which one? Well it’s not that simple.

First, let me start off with an assumption...you’re not talking about buying a flip phone, but are instead, talking about finally upgrading from the flip phone you’ve had for years to some sort of smartphone. And this is probably because you have people who want to send you text messages, and you’ve found out how difficult it is to text on a flip phone.

That’s good. But before we talk about what kind of phone to get, let’s talk about one extremely important thing...

You can keep your old phone number.

That’s right. Just because you get a new phone doesn’t mean you have to get a new number. And even if you switch providers...AT&T to Sprint, Sprint to Verizon, Verizon to Tracfone...you can keep the same number. In fact it’s an FCC rule that you get to keep your old cellphone number if you want to. It’s called “porting a number," and there are several good reasons why you’d want to do this. 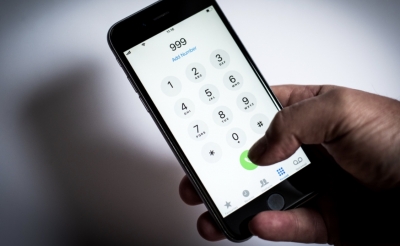 In fact, even if you move out of state, you can keep your same cellphone number. My oldest daughter got her first cellphone when she was 8 or 9 years old. She’s 27 now, lives in Pennsylvania, and still has the same number she had when she was 9. What does it matter? It doesn’t cost her more to have a Syracuse number than a Pennsylvania number. It doesn’t cost her more to call Pennsylvania from her Syracuse number. And everyone’s doing 10-digit dialing anyway, bringing in phones from all over the country. I work with someone here at the library who has a Massachusetts phone number. Why should she change it?

Second, if you have Gmail, a Yahoo account, a Facebook account, or any of a number of different online accounts, you’ve probably given them your cellphone number as a security precaution. They’ll text you at that number if you say you’ve forgotten your password. If you don’t have that same phone number...or if you didn’t change it with each of them before you change phone numbers...it’ll be difficult, if not impossible, to get your password reset if you’re ever locked out of your account. I know...I’ve seen it happen.

So keep your old phone number if at all possible. When you go to get a new phone, tell them that you want to do that, and that you know you can.

So now that you know to keep your old phone number, what kind of phone should you get?

Well now...that’s a little complex, and since I’ve talked enough here about keeping your phone number, I think I’ll deal with that in another post.