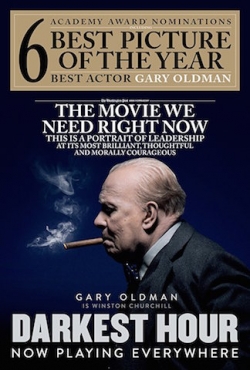 The history lessons in Darkest Hour shine various lights on Winston Churchill, the King and his Empire, and the oh-so-many players linked to them in the days that Adolph Hitler’s troops marched toward the closest shores and into their collective psyches.

Oh, what a drama this is, a deep and dark march into pages that changed our world forever.

This particular juncture, of course, has been depicted many times previously. But not exactly like this.

Wright’s vision and Oldman’s depth make Darkest Hour a new historic treasure, no matter the liberties that may or may not be taken with the little facts and small strokes.

Oldman is brilliant as Churchill, from the crusty start in his bedroom, and Wright sets us up to his persnickety ways masterfully. Wait staff ironing his daily newspaper? Uncanny. 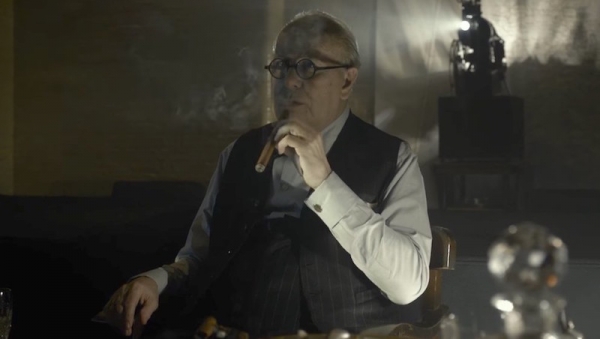 We get a world leader who doesn’t get along with either political party, but can evolve in his first days as prime minister in such master strokes as to ride the underground to soak up the wisdom of the people. All babies look like him? Indeed, how many times has that nugget been used in real life? Then to watch his great mind transform the train ride for his own passionate speech to win over the reluctant, stubborn and never-will to resist Hitler instead of enter into peace talks.

It’s interesting to note how at least one important fact doesn’t exactly jibe with Dunkirk, a movie also released to great acclaim last year. That one indicated that the citizen fleet crossing the waters to France had in great part a volunteer status. This one gives credit to a direct order by Churchill.

Both were still great movies in different ways, big action for the former and big personalities for the latter.

'Darkest Hour' is part of the MediaBank collection.