Emma Stone, Steve Carell Capture a Snapshot of Cultural History in 'Battle of the Sexes' 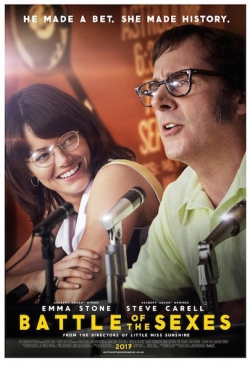 If you lived through the ‘70s, the phrase Battle of the Sexes is no stranger.

Women were working hard to get their just due, and certain men were quite reluctant to let go of their air of superiority – not to mention the financial steering wheel, family crown and feeling that they were not only born into this spot of control, but built for it, too.

Thus came further labels such as male chauvinist pig and women’s libber when the big cultural pot began to get stirred more and more.

Then a 55-year-old former tennis champ by the name of Bobby Riggs, a hustler of the highest order, had the audacity to torment the reigning women’s tennis champion in her prime, Billie Jean King, into an exhibition match in the Houston Astrodome. They’d play for $100,000, winner-take all. It would be on network TV, star announcer Howard Cosell at the mike, a nation divided rooting for the outcome. Battle of the Sexes, indeed.

Would this man be better than this woman by birthright, as he boasted at every interview and photo op?

The biopic of the same name directed by Craig Gillespie puts the tensions of this sports spectacular into sharp focus, with Steve Carell superbly transforming himself  into the scattershot Riggs, physically and personality-wise. He won’t give up his gambling, not even to calm his wife. He’ll pour whatever pills a wacky guru hands him down his gullet. He’ll beat another top women’s pro, Margaret Court, in a precursor to the really big match, with his sharp mind games and spinning lobs, because he needs it to bag the big game.

But Carell isn’t the star.

No, that would be Emma Stone, who takes the life of King in the script by Simon Beaufoy and makes sure it ‘s the emotional centerpiece.

One side story comes from the fledgling women’s tennis tour, the Virginia Slims circuit, born because of the quite wicked ways of Jack Kramer, the leader of the traditional tour who thinks equality is ridiculous. 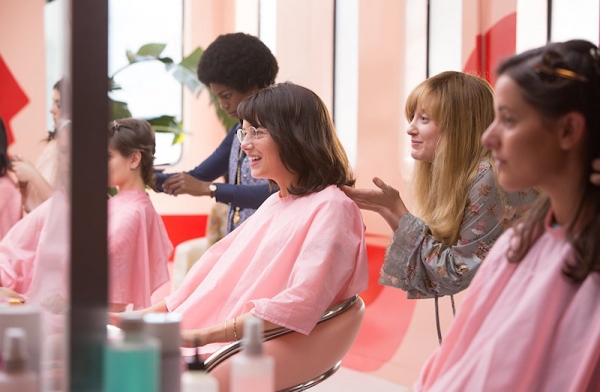 The women go to a salon before a news conference, and King gets her hair done by a friendly stylist.

They strike up a friendship that opens a window into King’s soul, allowing her to realize and then grasp her sexuality after a life spent with husband Larry.

The relationships between King, her lover and her husband are depicted frankly, with equal parts anguish and love. That provides a full picture of what made this champion what she was then, and still is now.

'Battle of the Sexes' is part of the LPL's MediaBank collection.