Edgar Pagan sounds sweet, with support from many cool friends 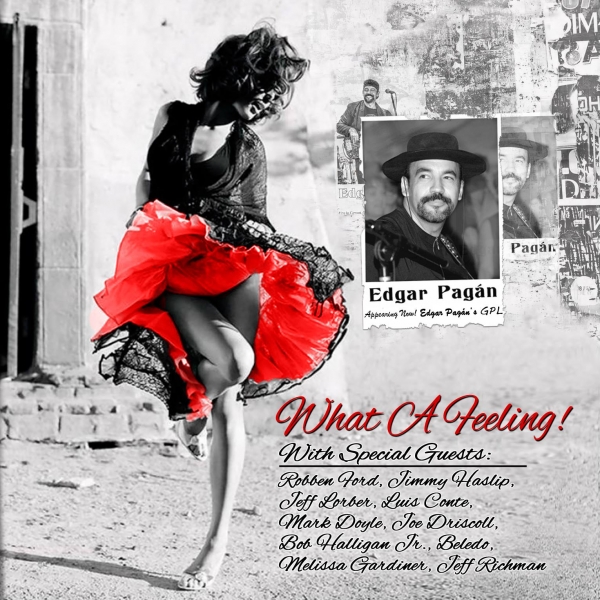 Edgar Pagan can make a few calls, send a couple of emails, punch out a text or three and put together a CD that stands up to anything out there in the whole, wide world.

That says so much. About the man’s heart, soul and talent.

What a Feeling! billed as coming from GPL (that’s Grupo Pagan Lite, the stripped-down form of Pagan’s long-standing Syracuse-area band) “With Special Friends.” Well, the band is special in its own right, as those who’ve seen them play at this festival or that gig, what with fearless leader Pagan on bass and vocals, Two-Hand Man Bill DiCosimo on keyboards, Emedin Rivera on the percussion kit and Joshua Dekaney on drums and percussion. Add to that the enlisted support of luminaries from up close such as spiritual and keyboard king Bob Halligan Jr., piano/guitar/studio wizard Mark Doyle and hip-hop giant Joe Driscoll, and national/international stars Jimmy Haslip, Jeff Lorber, Beledo and Luis Conte, and you’ve got something special for the ears and heart.

The 16 cuts – recorded at Subcat Studios in Syracuse and Syracuse University’s Belfer Audio; Jeff Lorber’s JHL Sound Pacific; and Black Hall Studio in Tokyo – are something special, a celebration of what was and what can be.

Pagan leads it off with the fast percussion and dreamy layers of the title cut, and travels to a tribute in Tito, tipping gloriously to the memory of Tito Puente.

The cool collaboration with Driscoll in Won’t Let It Go shows how payback works on many levels through world and rap; Sazon is ripe with horns, thanks to Melissa Gardiner’s terrific trombone.

Halligan’s and Pagan’s sweetness shines through on Show the World, and Doyle’s guitar and keyboard fire burns in Respect.

As far as covers go, the selection of the Rascals’ gem Grooving is brilliant for co-writer Felix Cavaliere’s spot in the Syracuse Area Music Awards Hall of Fame owed to his time spent as a student at Syracuse University. And its change to Spanish Suavicito as a segue to Consuelo Vasquez’s Besame Mucho is magical. Kiss on me a lot, indeed.

Pagan delivers a wise message, too, in Before It’s Too Late. Enjoy and appreciate life to the fullest, indeed. Have great friends, too.

You can find this CD in the LPL's Local Music collection.