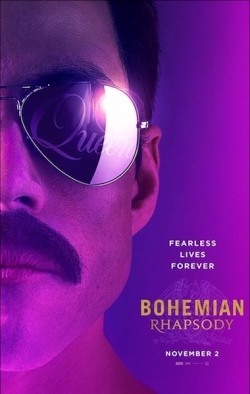 If you lived through and paid any sort of attention to the real life and times of one Freddie Mercury and the band he led called Queen, you should recall that their spotlight burned bright and hot.

The front man for this band from the U.K. handled fame, fortune and his life in a big, bold way, musically and in the resulting headlines.

And so director Bryan Singer and screenwriter Anthony McCarten decided to take on Bohemian Rhapsody, a biopic to dramatically retell those years from 1970, when a design student by the name of Farrokh Bulsara noticed a band by the name of To Smile playing in a pub. The band’s lead singer quit for a better gig. Farrokh met the remaining three out back by their bands minutes later and sang them an impromptu rift. Told them he wanted to be called Freddie.

The rest of their connection is mighty and majestic musical history.
Bohemian Rhapsody pictures a love affair between the man who becomes the aptly named Freddie Mercury and band mates Brian May, Roger Taylor and John Deacon, not to mention his girlfriend Mary Austin and others who enter the picture at various stages of his burning hot life.

Mercury’s lifestyle, of course, was pivotal to the pinning of all the relationships in that run to success and otherwise, to his band mates, family, fans and the world. He fought the demons of keeping his sexuality from his parents and out of the mainstream press’ prying eyes. And yet there was all those wonderful songs and his style. 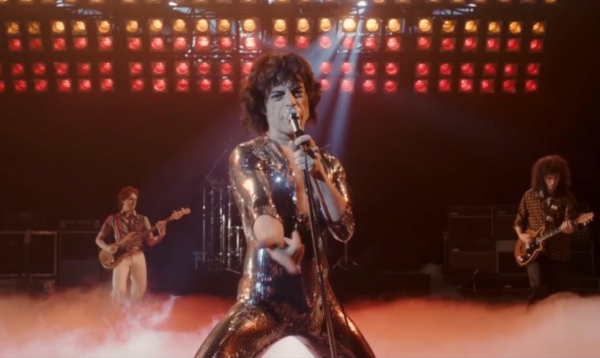 Rami Malek wonderfully delivers all that passion, and so much more. He beams with the joy of initial success of a contract. He also wallows in pain and confusion when he must question his love for his woman when eyes and heart wander to men. His anger at perceived and real betrayal thunders, and his gratitude for true loyalty brings tears.

Mercury’s private side continued right down to his wishes on how to deal with his HIV diagnosis.

But, oh, how that musical side was meant for the world.

You can feel the vibes between Malek and Gwilym Lee as Brian May, Ben Hardy as Roger Taylor and Joseph Nazzello as John Deacon. They are the guys giving and taking an inch and a mile to make the songs superb.

The scenes in the studio making the songs are as awesome as the big finale, a re-creation of the classic Wembley Stadium set for the Live Aid concert.

Bohemian Rhapsody is part of the LPL's MediaBank collection.