by Mark Bialczak | 21 months ago 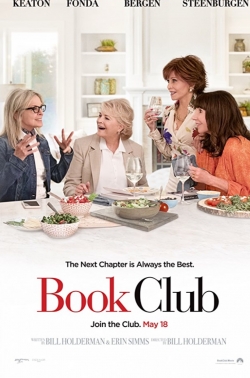 As the wonderful, honorable stars do their reliably solid work in Book Club, I’m still not ever quite all there.

Heck, it’s the premise of this entire comedy presented by director Bill Holderman from his screenplay with Erin Simms.

We’re served a quartet of women that are quite rightly considered among Hollywood’s best of their generations. Diane Keaton, Jane Fonda, Candice Bergen and Mary Steenburgen play four friends who get together once a month to discuss a book.

Fonda’s character, a hotel owner, brings the cultural pivot point 50 Shades of Grey to the table.

From there, viewers get to see how Keaton’s widower, Bergen’s divorced federal judge and Steenburgen’s grown-stale wife handle the entry of, yes, the resulting thoughts of sex that now intrude upon their life cycles. Not the kinky stuff famous from Shades, mind you.

Would you want a vehicle for these seniors to go, well, there? Besides, it’s rated PG-13. That’s a dilemma.

Yet dealing with the topic of sex and women entering their 60s and 70s and beyond, well, that’s fair game. Perhaps more for an audience of women than men, though.

Like the 50 Shades books and movies, unread and unseen by me.

In this plot, Steenburgen’s husband, played pretty well by Craig T. Nelson, appears as clued-out from the process as can be.

I looked over to my dear wife Karen as we watched on the living room widescreen, and she seemed to approve of the way the topic was being handled.

I appreciated the work of the talented actresses as well as the actors I seem to see less of as they get up there, too, including Andy Garcia as a pilot who catches Keaton’s character’s eye and Richard Dreyfuss as a rightly swiped dating site match for Bergen’s.