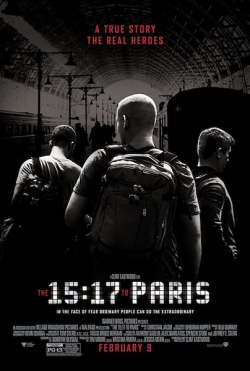 It’s a true tale of heroism on the rails from Amsterdam to Paris.

Clint Eastwood directs, yes, the guy who knows Hollywood action from his old days enforcing tough law as Dirty Harry to modern times leading the grit in American Sniper and so many ways in between.

The three young Americans who foiled the man with the assault gun, handgun and box cutter agreed to take on the roles in the movie. And, lo and behold, they’re attractive and way better on the big screen than anybody would have a right to expect.

Even though she had that burst of riveting true-life activity on the train as the major hook, screenwriter Dorothy Blyskal has built a big picture that too often comes across as a tepid Afterschool Special.

Maybe it’s because everybody in power has felt the need to fill us in on so much back story on our three American heroes. And so we meet them as three young friends in a California Catholic school, getting into trouble, causing turmoil for themselves and single moms.

Onward to military aspirations, personal growth and glimpses about what they might have inside them. 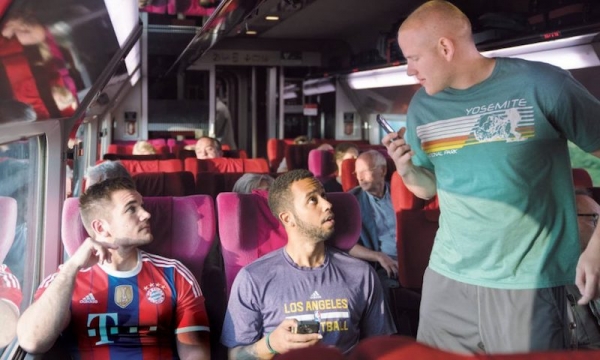 They meet for a European vacation, do Americans Spencer Stone, Alek Skarlatos and Anthony Sadler, easy with each other as always. Stone, the moral center of the trio and the movie, allows how he feels his life catapulting toward something important.

And then they discover and defeat the evil on that train.

Yes, these men deserve all the glory they received, including any feel-good moments from this film.

Somehow, though, maybe the movie could have delivered a bit more oomph considering the weight of that real-life achievement.