You Know It's Time to Get a New iPhone When ...

A while back, I announced the long-awaited arrival of the second generation iPhone SE. I also announced that I’d be waiting a while to get one, until I got enough Apple Store gift money from people that someone else was paying for my new phone...I’m a little cheap...I mean thrifty.

But there’s another reason related to my thriftiness. I figure why should I buy a new phone when the old one still work and I’ve had it for less than three years? Sure, I’ve got some battery issues, but they’re nothing that can’t be solved by charging it twice a day and carrying around a portable battery pack.

However, in catching up on my tech reading while I’m sequestered at home, I read an article that listed five good reasons to upgrade your phone. I’m going to just give you two, plus one that they didn't mention.

Number 1: It won’t upgrade to the latest operating system. This could be because it just can’t handle it, or because there’s not enough room for it (more on that in a bit). The current version of iOS is 13.x, and if won’t handle iOS 14 when it comes out, then it’s time to consider getting a new phone. And if your current phone isn’t even running 13.x, and can’t upgrade that far, then you definitely want to get a new phone.

If your current phone is less than 64gb, you probably need to get a new one. If your phone is less than 32gb, then you definitely need to get a new one. But capacity isn’t the whole picture. Check the available space left under Settings/General, and see just how close you are to running out of room. Then when you get your next phone, be sure to at least double the capacity. It’ll be more money up front, but less in the long run. My current phone has 43gb left out of 128gb. I think my next one will be 256gb. 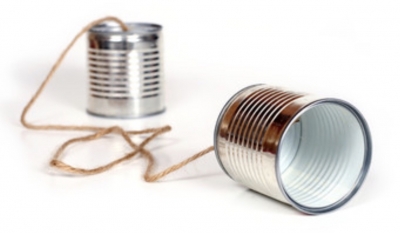 Your carrier may have informed you that your phone will not handle its new delivery system.

Number 3: The major wireless providers are dropping service for what they call legacy systems, and if your current phone can’t handle at least LTE, you may find yourself holding onto a brick. Many of you may have already gotten messages from your provider saying that your phone won’t be supported past the end of the year. I got that message about one of my old phones.

So...if you find that one or more of these is the case, then it’s definitely time to admit that you need a new iPhone.