Home » Blog » You Can Find 'Bernadette' Complex and Slightly Amazing

You Can Find 'Bernadette' Complex and Slightly Amazing

Sometimes the best of us can get lost without really identifying the when’s, why’s and how’s.

That’s the point behind the very agreeable Where’d You Go, Bernadette, a lovely and loving piece of work directed by Richard Linklater from his screenplay co-written with Holly Gent (and very much driven by Maria Semple’s popular novel). 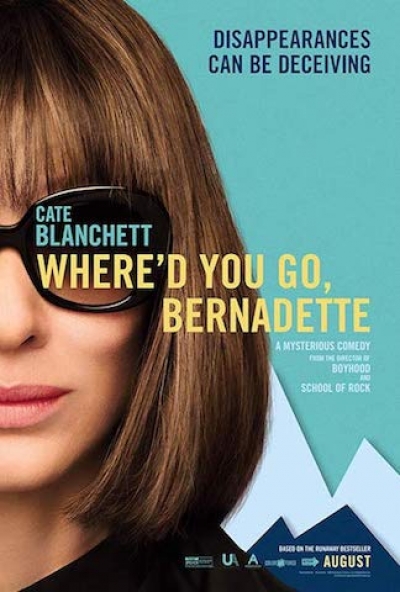 We meet Bernadette as a mother and wife coping with a family life that’s somehow cooping her up in Seattle. Their house is large, her daughter is brilliant, and her husband appears to be doing things right. Plus, as we discover layer by layer, Bernadette, the woman who rails against the other mothers at school and squirms against so much in this daily grind of hers, has a confirmable genius past. Yes, this very Bernadette Fox won big awards for her work, as well as her moment in the national limelight, down the coast in Los Angeles.

But her big project didn’t go exactly as planned. Threads began to unravel. And …

Cate Blanchette shines as this complicated woman, ready to rail against the ills of the world, real and perceived. Billy Crudup also thrives as a perplexed husband, and Emma Nelson stands out as the daughter fiercely loyal to both parents, but considerably to her mom, no matter. 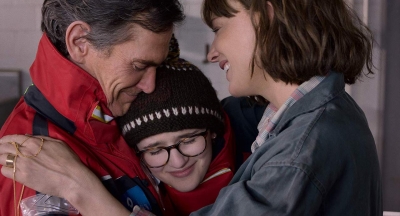 For an added treat, we get Kristen Wiig as an aggrieved neighbor ready to turn Bernadette in for so much bad acting, until … she doesn’t, and won’t.

The adventure that comes about when push comes to shove in Bernadette’s cracked foundation is a great glue, indeed. There can be something warming about a trip to Antarctica, after all.

Cheers to Linklater for adding this slightly off-kilter family portrait to his resume.