Home » Blog » When It's OK to Use the Same Password

by Keith Gatling | 18 months ago 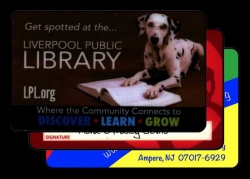 The last time I was here, I said how you shouldn’t use the same password everywhere. I also said that there were a couple of exceptions to this. Today is where I give you those exceptions.

No. 1: Library accounts. Let’s face it, we’re not talking about Bank of America here, we’re talking about the PIN you use for the library cards you have. And I say cards because some of us have cards at a number of different libraries. How many of you knew that if you live or work in New York State, you can get a card for the New York Public Library? Well, you can, and I have one. And then there are our “snowbirds” who spend part of the year here, and part of the year somewhere warmer. They may also have a card for their southern library. I actually worked with a couple that had four different library cards: one for here, one for NYPL, one in Florida, and one in Tennessee.

And they had a devil of a time keeping the PINs straight for each one.

So I told them to use the same PIN for all four libraries.

What manner of craziness is this? The same PIN for four different accounts? Doesn’t this go against all the rules?

Well, remember what I said before…this isn’t the bank we’re talking about, it’s just your library card. How many people really want to hack into your library account?

And how much damage could they really do if they did? Let’s be real here and understand that if you’re using an app like Libby or Overdrive to borrow eBooks and audiobooks, and you’re signed up for multiple libraries in those apps, it’s going to be a lot easier to use the same PIN for all of them.

No. 2: Entertainment services like Netflix, Hulu, Sling, and a host of others. In my book, it makes more sense to have these related services use the same password so you can remember it easier. Once again, what’s the worst they can do if they get in…watch more movies? There’s not going to be any identity theft going on by them having your entertainment password…as long as it’s not the same one you use for Facebook or your email accounts.

So you see, sometimes it actually is a good idea to have one PIN…or password…to rule them all!