Home » Blog » There's a Lot to Appreciate about 'Toy Story 4,' Old and New

There's a Lot to Appreciate about 'Toy Story 4,' Old and New 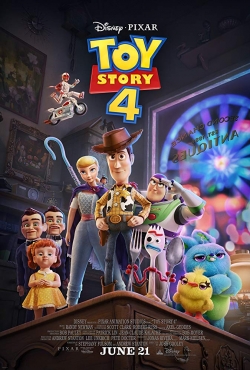 How much of a good thing is too much?

Ask a kid if they’ve grown out of their favorite toys.

Ask a movie fan if they’re ready for Toy Story 4.

That’s what you might be wondering before you take the plunge or this fourth installment into the Disney/Pixar tale of cowboy Woody, space traveler Buzz Lightyear and the legion of toys that have kept them company as this franchise has grown from its inception way back in 1996.

How could they possibly keep the momentum. Toy Story 3, with its emotional passage from now-grown Andy to little one Bonnie was so darn good ...

In this one directed by Josh Cooley from a screenplay by Andrew Stanton and Stephany Folsom, Woody is mostly gathering dust as Bonnie hesitatingly heads to her first day of kindergarten. Always with a head full of duty, he decides to join her to help ensure her happiness, partially becoming responsible for her creation of Forky, a toy she creates that wins her heart and becomes Woody’s new purpose in life. 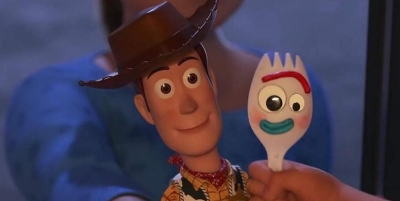 The lessons for all are many in this wide adventure that reintroduces warm old friends and brings in scary new characters.

The voices of Tom Hanks and Tim Allen as Woody and Buzz play off each other like Pixar gold.

Tony Hale adds joy and just the right amount of oddball as Forky the Spork.

Hearts are there to be lost and found and won.

Four stands on its own.

Toy Story 4 can be seen for free as part of the Liverpool Public Library’s Movie Matinee Series, at 1:30 p.m. Tuesday, Nov. 19, and Friday, Nov. 22, in the LPL’s Carman Community Room.