'The Shack' Brings You to Places You Can Only Imagine 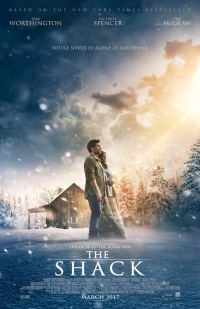 Mack had things good in life. Lovely and loving wife. Three smart and connected children. A robust family dynamic that included curious talk and practice of faith that strayed just enough from the center to keep him involved and interested.

And then came that fateful camping trip out to the woods.

There are a lot of hands in on The Shack, painting a busy picture.

Stuart Hazeldine directs, from a screenplay by John Fusco, Andrew Latham and Destin Cretton. And they all get their inspiration from the big 2007 book by William P. Young.

We see Mack as a boy, with a mean drunk of a father who whales on his mother and the teen who sticks up for her. The youngster gets back by finding poison in the attic.

Then we see adult Mack after that fateful day, a typewritten letter arriving in his mailbox on a snowy Midwestern morning. It comes from Papa, the nickname his darling daughter used for God. It says he hasn’t visited the Shack for awhile. Off he goes, after fooling his best friend’s intentions to keep him company – and under a watchful eye.

What he finds is a colorful world presided over by a holy trio of characters ready with many illustrative life lessons.

It’s a painful journey for Mack as he encounters truths about his daughter’s death, himself and his belief.

Yes, this is a faith-based movie all the way, but one that bobs and weaves around mainstream Christian conventions.

It filled my head with questions as I watched on the living room flat screen. 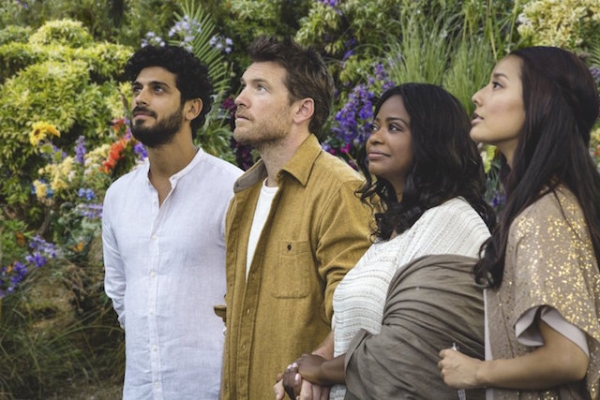 Are you ready for Octavia Spencer as God? She’s quite good as all-seeing.

Can you stomach Sam Worthington’s bottled-up rage as a father who’s had the ultimate sin committed upon him?

Finally, what will you make of this cinematic leap of faith between the here and out there?

‘The Shack’ is part of the MediaBank collection.