Home » Blog » The Differences and Similarities for Charlie Daniels and Beethoven

The Differences and Similarities for Charlie Daniels and Beethoven

by Keith Gatlihg | 2 years ago

I keep email going way back...like to the 1990s. Why? So I can find stuff. I might want to find a conversation that you and I had, so that I know who said what...or who didn't say what. I use this a lot with my wife, so I can say, "No...actually, I said this." It helps to have a "paper trail." Or I might want to find a piece of information someone gave me many years ago, but that my brain just can't pull up at the moment. You know...that book we talked about 15 years ago?

And sometimes I just want to find the email I got from Charlie Daniels about the Beethoven Violin Concerto in D. 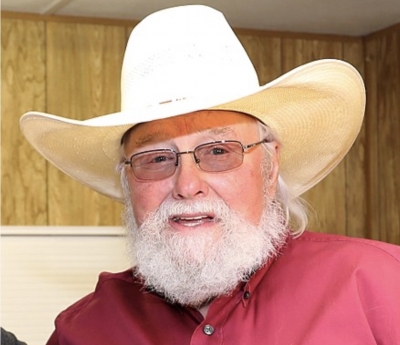 Way back in 1999, I sent him email suggesting that he learn the Beethoven Violin Concerto in D as a country fiddle piece. Then he could travel all over the country, doing special performances with symphony orchestras.

And it would be way cool!

It's not as far-fetched an idea as you think it is. I mean, while the old joke is that the difference between a fiddle and a violin is a couple of hundred thousand dollars, a really good fiddler probably has just as much skill and training as a classical violinist. And they're probably not using a $400 fiddle either!

But here's the important thing...the Beethoven Violin Concerto was written as a "show off piece" for a violinist. In fact, almost all concertos are written as show off pieces for a particular instrument. I say "almost all" because Bach's six Brandenburg Concertos are notable exceptions to that usage of the term. But perhaps the distinction between a symphony and a concerto hadn't yet occurred.

So let's talk about symphonies for a moment. In general, symphonies are grand musical works written for the entire orchestra, with no featured solo parts. Think about Beethoven's well-known Symphony Number 5, or Mozart's Symphony Number 40. Concertos, on the other hand, while still grand musical works that use the entire orchestra, are meant to showcase one particular instrument, and, in fact, may have been written to showcase one particular instrumentalist. This was the case with Beethoven's violin concerto, which was written for Franz Clement, a leading violinist of the day.

So what makes a concerto a concerto? Solos, cadenzas, and having the main theme.

In a regular symphony, the main theme may bounce all over the orchestra, with no one section "owning" it. They're all playing as an ensemble...as a team. But with a concerto, it's pretty safe to say that while the orchestra may have the main theme every now and then, they're really just the accompaniment...the "backup singers", if you will, for the featured instrument. And in Beethoven's violin concerto, the violin is the featured instrument, and has the main theme.

Then there are the solos. Not only does the featured instrument normally get the main theme, but there are solos written into the piece specifically for that instrument. Once again, to show off the skill of that player.

Finally, there's the cadenza. "What's a cadenza?" you may be asking. Well, it's a solo, but not just any solo. Ideally it's not written out. Beethoven didn't write out a cadenza for his violin concerto because this is where the instrumentalist really gets to show their stuff...by improvising...yes...improvising a solo right there on the spot. Or maybe playing a cadenza that they've worked on for a few weeks before the performance...or one they've done before, and know that people enjoy hearing. But ideally, it's a chance for the performer to show off.

Nowadays, most performers don't make up their cadenza on the spot, but use cadenzas written by other composers or violinists. As a result, a recording might say "Beethoven Violin Concerto in D with the Kreisler Cadenza." But...if you didn't know any of this before, what does it matter, as long as it sounds good?

Which gets me back to Charlie Daniels. Can't you just imagine what he would do with the cadenzas in the Beethoven? I'd love to hear it. I think it would be fantastic, and that's why I wrote him to suggest that.

But when he wrote me back, over 20 years ago, he thanked me for the compliment, but said it would take him forever to learn it, since he didn't read music. Oh well.
Years later, I made the same suggestion to Elana James, a classically trained country swing fiddler, but got no response.

But...while researching this article, I found out that a set of klezmer-inspired cadenzas were recently written by Airat Ichmouratov for Alexandre Da Costa, and recorded by the Taipei Symphony Orchestra. That sounded really interesting and I decided to hunt down a copy of it. Unfortunately, when I got it, as a cast-off from another library, I wasn't impressed. Da Costa took it way too slow for my taste...especially the last movement, which he played like a dirge rather than a dance.

I think I'll stick to the version recorded by Joshua Bell, which we just happen to have in the county system, and can get for you when we all get to see each other again!

Posted in Musis; Tagged Mr. G Does the Classics;