Home » Blog » That Family Style Carries On in 'Ocean's Eight'

That Family Style Carries On in 'Ocean's Eight' 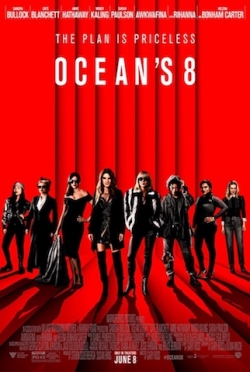 Danny Ocean is gone, we find out in the fourth installment of the franchise that made his last name and big crime game famous, but his sister Debbie is fresh out of prison and ready to take up the family passion.

Director Gary Ross gives the world in his screenplay written with Olivia Milch a satisfying ride filled with the twists and turns Ocean lovers have come to expect. Only Ocean's Eight comes with a very fine extra punch.

Debbie puts together a crew for her wonderfully concocted heist composed entirely of clever and supremely able female criminals. And they’re quite the characters, too, to top it off.

Sandra Bullock is superb as the leader of the pack, confident and intelligent and cool as Debbie, a woman who did her time after her male partner flapped his gums while she stood silent when their art-theft circle finally was busted. 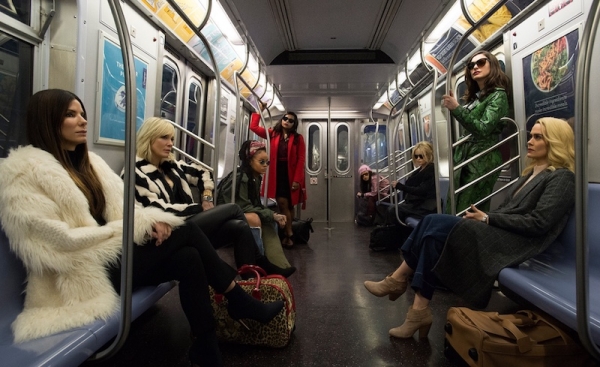 The women picked to play her circle of confidants and co-conspirators is deep and satisfying as well, with Cate Blanchett as her capable second-in-command, and Anne Hathaway, Rihanna, Helena Bonham Carter, Mindy Kaling, Awkwafina and Sarah Paulson all showing why Hollywood was ready and audiences were deserving of the woman-centric version of the Ocean caper.

Here’s what they put together: A night of maneuvers at the Met’s Gala, when one heck of a pricey necklace full of shazam diamonds is coming out of the vault and going around a guest’s neck.

There’s much more to it than meets the eye, of course. This is an Ocean movie through and through.

James Corden brings some interesting male bravado to the last third as an insurance investigator who thinks he’s smarter than any criminal that ever tried to steal anything his company ever underwrote.

But make no mistake, the women rule this movie.

‘Ocean’s Eight’ is part of the LPL’s MediaBank collection.