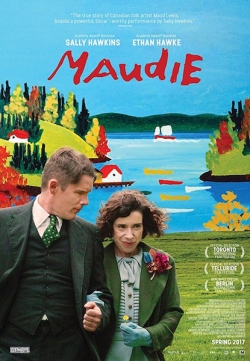 For the front portion of Maud’s life, oh, so much tried to make a point that she wasn’t worth the effort.

Her brother cut her out of the family money and sent her away to live with their aunt.

Her aunt made her feel feeble and unwanted.

All because her physical challenges made her different.

But, no, this little woman would not give in.

Maudie, directed by Aisling Walsh from a screenplay by Sherry White, is the true tale of Canadian folk artist Maud Lewis. Stories say they took certain liberties to make the movie a bit more Hollywood-friendly. Yet the nub of this 1-hour, 55-minute drama is all Maud Lewis.

Tired of her aunt’s heavy thumb, she pulls down an ad from a general store cork board pinned up by a churlish fish-seller looking for a live-in woman to clean his house.

He turns a suspicious, reluctant eye on her arthritis-ridden posture, but gives her a chance.

Make no mistake, Everett Lewis is a mean cuss.

Yet Maudie is determined to make this work in his tiny house despite his deplorable behavior. 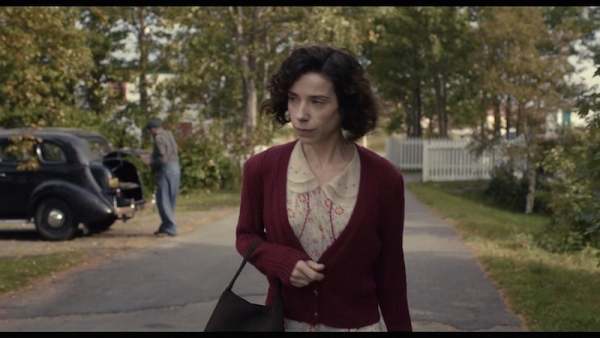 Sally Hawkins owns the character of Maud Lewis for all it is worth as she finds the paint, covers the shelf and wall, meets the New York woman, slowly wins over the man and becomes his wife. Ethan Hawke looms large as the simple soul, hard in his ways but once in a while willing to let his heart show.

The Nova Scotia scenery plays a striking balance throughout, too, as Maudie becomes more well-known in her part of the world and then more widespread circles, causing worries and chores for Everett he could at first only imagine.

The view of the real Maud Lewis afforded by Walsh at the end further brings home the point: How far this woman had to come.'Maudie' is part of the LPL's MediaBank collection.