Home » Blog » Out of the Coachmen Springs Menage a Soul

Out of the Coachmen Springs Menage a Soul

by Mark Bialczak | 10 months ago

The second installment of the Syracuse Soul Music Series will feature the robust lineup of Menage a Soul at 2 p.m. Sunday, Feb. 20, in the Carman Community Room. 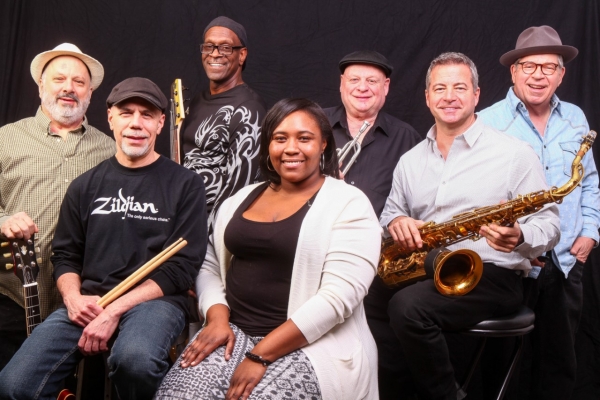 Menage a Soul will perform Sunday, Feb. 20, in the Carman Community Room.

If you didn't see the column on Eagle News Online or in the Star Review, you can read it here.

Back in the 1960s and ’70s, The Coachmen featuring the Reflections played true soul music, with more than 120 gigs a year around New York state, recalls keyboard player Michael Davis. Until they broke up. And got back together again 35 years later with all original members … who began leaving, one-by-one.

They were replaced by the musicians who would become Menage a Soul, the band that will perform the second concert in the Liverpool Public Library’s Syracuse Soul Music series, at 2 p.m. Sunday, Feb. 20, in the Carman Community Room.

The last two members completed the current lineup 3½ years ago. Lead singer Kia Lacey came up from the crowd at Beginnings II in East Syracuse and asked if she could sing a song with them.

“She sang ‘Respect’ and before the tune finished, we knew she had to be in the group,” Davis said. “We asked her to join, and shortly after she became the first Coachperson.”

A bit after that, Davis said, “we asked James Spivey to join the band, changed the name of the band and have been a solid unit ever since.”

Lacey, Davis and Spivey will be joined by Dickie Cappotto on guitar, Rock Carbone on drums, John Saltamach on trumpet and flugelhorn, Dave Frateschi on saxophone, trumpet and flute, and Clayton Morgan on trombone at the LPL.

It won’t be that complicated.

“One of the best things about this group is its lack of ego,” Davis said. “Kia is the featured vocalist and has a great personality on stage and off, but Menage a Soul is a band of equals. John and Rock sing lead on a good portion of our song list. Everyone get their fair share of solos or features.”

“We try to mix it up pretty good,” Davis said. “Throw in some rock ‘n’ roll, too. … I’d say some Aretha Franklin and Michael Jackson will be on the set list. Kia does a show-stopping version of (James Brown’s) ‘It’s a Man’s Man’s World.’ ”