Our Communication Guy's 10 worst movies from 2016 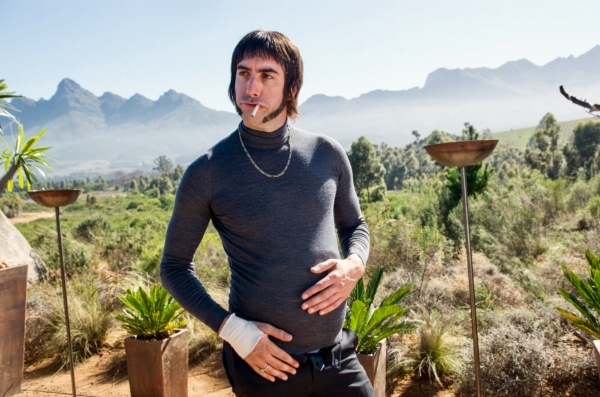 There were some stinkers on my list this year.

I try to pick good ones on my weekly trip to the theater of a first-run show or selection from the Blu-Ray/DVD collection at work at the Liverpool Public library for my Monday movie reviews here. Sometimes it doesn’t work out.

10. Hands of Stone. Roberto Duran was a great boxer in his time. On his way to legendary … until the day he uttered the words No mas in his fight against rival Sugar Ray Leonard. This movie was pretty good, but made the bad list because it just wasn’t interesting enough in a very curious time and place.

9. Masterminds. This ripped-from-the headlines Southern caper featuring Zach Galifianakis, Kristen Wiig, Owen Wilson, Jason Sudeikis and Kate McKinnon was worth a laugh or three, yes. But it was just too corny and over the top for anybody’s good.

8. Florence Foster Jenkins. Who was the wink-wink joke on, anyway, in this true story about a high society woman with the voice of … You fill in the blank with the worst descriptive you can imagine. Meryl Streep sounds truly awful as Jenkins, Hugh Grant is hot and cold as her philandering Hubble and Simon Helberg is the most likeable of them as her suffering piano player. All in all, that awful voice ruins the big question of who’s doing a favor for whom and for what.

7. Independence Day: Resurgence. Two decades had gone by since the big spaceship put Earth in peril until Will Smith and his cast fought back. Jeff Goldblum, Bill Pullman and Judd Hirsch return in their roles to fight again in this sequel, but Smith’s absence and a wonky plot are too much to make this a winner.

6. Legend of Tarzan. The latest take on the swinging man from the jungle concentrates a lot on his royal days back in Europe. And then his bellowing when he’s betrayed upon his return to the wild and attempts to save Jane and a whole lot more never seems to be real enough.

5. Criminal. Kevin Costner and Ryan Reynolds share a lot in this one, except screen time. In the end, Costner’s bad-guy persona and a heavy plot were just too much to overcome.

4. The Boss. Melissa McCarthy has no soft edges no matter how hard she tries in this comedy. The script is just too foul. And with kids, yet. Ouch.

3. Jason Bourne. Matt Damon finds Jason Bourne out on his own in this installment, and he’s up for the subsequent chase by turning back his former agencies and anybody else with his hair-trigger reactions, leaving a pile of bodies strewn every which way. So much death and destruction from a smart guy!

1. The Brothers Grimsby. And yet the air is even more foul in this comedy from Sacha Baron Cohen. Brothers in arms? Silly, dirty and dumb. It’s an unholy trinity.