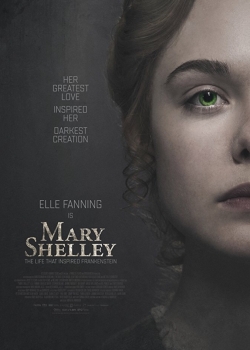 The story about the making of this particular monster really is quite a dilly.

In Mary Shelley, director Haifa Al-Mansour takes us back to the life and times of the teenager in London with the marvelous mind and precarious stepping-stones that led her to the writing of one of the most famous novels of all time.

Taken from her own screenplay with Emma Jensen, Mansour paints this period piece as dark and full of drama.

Yes, the creation of Frankenstein stands at the moral center.

We find Shelley as living with a bookstore-owning dad finding hard financial times. Her mother dies shortly after giving her life, but not before writing a book telling the world of views about love and multiple partners. Her younger stepsister Claire adores her but her stepmother abhors her. Dad ships her away from London, where she meets young poet Percy Booth.

Booth, older than Mary by a handful of years, seems wiser and, well, yes, enchanting in that wisdom.

They indeed end up together, taking Claire in tow.

The rest is a true tale that’s twisted in so very many ways but shows the diligence of Mary Shelley, ever devoted to her moral core and love of writing. 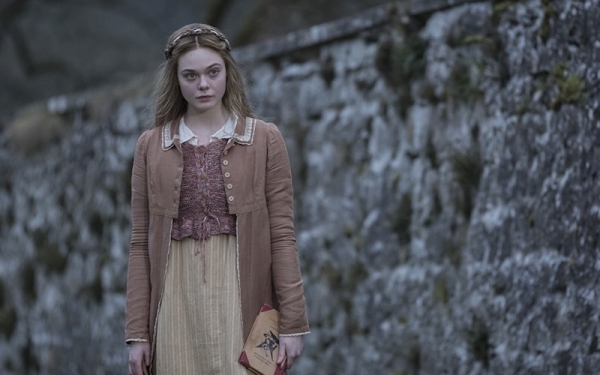 Elle Fanning stands out as the young author, series as sin and comfortable playing to this country and time period. Her chemistry with the simmering Douglas Booth as the dangerous Percy is suitable. Tom Sturridge as the dangerous Lord Byron provides dash and villainous intent, and Bel Powell as Claire throws at her sister and brother-and-law an added compass direction.

‘Mary Shelley’ is part of the LPL’s MediaBank collection.