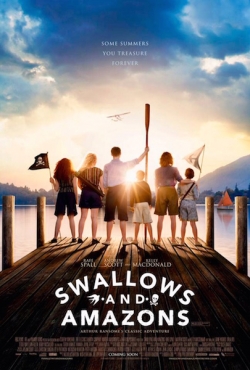 The Walker four and the Blackett pair are most definitely British kids floating around in their boats on the lake they reluctantly share in Swallows and Amazons. After all, the 2016 family adventure/drama directed by Philippa Lowthorpe with a screenplay by Andrea Gibb was derived from not one, but two of the popular 1930s children’s books by British author Arthur Ransome.

But those on this side of the pond who chose to take in the spy/pirate/coming-of-age piece need not feel foreign about the flavor.

Watching the plot unfold as eldest Walker child John attempts to make a lake-worthy crew out of his two sisters, eager eldest sister Susan, budding writer Tatty, and youngest Roger, one could easily imagine them floating around a lake in Central New York during any decade from then to ... well, not quite now, but perhaps right up to the turn of the century, anyway.

They’ve borrowed a small boat named the Swallow from friends of the family, and off they go to claim an island as their own.

On that journey they encounter two robust kids with a Jolly Roger as their flag that maintain the island already is sovereign to them, the Amazons. 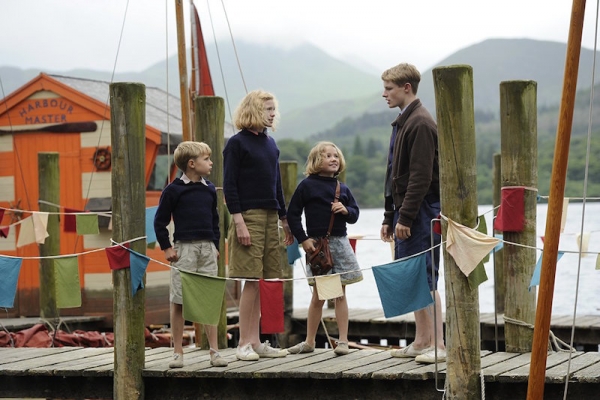 Family first, then a greater good. (Photos from IMDb.com)

As a proper and compelling side story comes adult neighbor Mr. Jim Turner, aka Captain Flint, a houseboat owner with plenty to hide and a grudge against John as wide as the lake.

All six kids show their petty and competitive sides, on water and land, until they are forced to grow up fast on a common mission to save something far greater than themselves.

It’s all rather quite interesting, and the young actors do their jobs well as the mystery unfolds.

‘Swallows and Amazons’ is part of the LPL’s MediaBank collection.