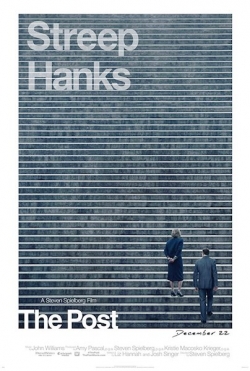 Liverpool Public Library patrons love to check out the movies we show in the Carman Community Room.

Live, when they’re screened in the Carman Community Room, and from our DVD collection, too.

Seven of the top 10 DVDs on the list of most circulated from our DVD collection in 2018 are movies that were part an LPL series, including the No. 1 movie, The Post.

The climate was right for that political/media thriller taken from the pages and newsroom decisions of The Washington Post. Top performances by Meryl Streep as publisher Katherine Graham and Tom Hanks as editor Ben Bradlee helped lift The Post, too.

The No. 2 movie on the list also made it to the CCR.

The Greatest Showman told the tale of how P.T. Barnum refused to let the world beat down his flair for putting the pieces together for a true spectacle time and again. Hugh Jackman, Michelle Williams and Zac Efron helped with big-top performances, too.

Check out the studio trailer.

The first on the list that was not also part of the LPL’s presentations was Three Billboards Outside Ebbings, Missouri at No. 3. Frances McDormand and Woody Harrelson were at the center of the tense drama as the angry mother of a murdered young woman and the sheriff she takes to task for not working hard enough to solve the crime.

Check out the studio trailer.

Dunkirk, the dramatic telling of that World War II battle; Victoria and Abdul, the precocious and heartwarming story of the relationship between a queen and working-class servant; Jumanji, Welcome to the Jungle with a funny cast thrown into an old video game; classic whodunnit Murder on the Orient Express; and Wonder, the family portrait of a different boy who battles his way to mainstream acceptance, all were part the LPL series experience.

Find our upcoming movie screenings on our events page. 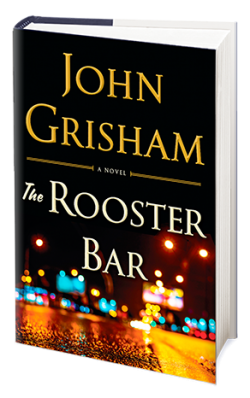 LPL patrons are fond of their legal thrillers, John Grisham-style.

The southern writer’s 25th novel, The Rooster Bar, was the most circulated in 2018 in the LPL’s adult fiction collection.

It draws the line between classmates who have to make tough choices when it turns out any degree from their law school certainly won’t be worth as much as they hope … or need.

Check out the review of The Rooster Bar from The Washington Post.

No. 2 on the list is The Woman In the Window, by A.J. Finn. It’s a thriller about a woman who spies on the comings and goings of her neighbors. No. 3 on the list is The Great Alone, by Kristin Hannah. It’s the story of a Vietnam vet down on his luck who decides to move his family to Alaska.

Rounding out the LPL’s adult fiction top 10 are: 4, Origin, by Dan Brown; 5, The Fallen, By David Baldacci; 6, Before We Were Yours, by Lisa Wingate; 7, Little Fires Everywhere by Celeste Ng; 8, The Woman in Cabin 10, by Ruth Ware; 9, Lilac Girls, by Martha Hall Kelly; 10, The President Is Missing, by Bill Clinton and James Patterson. 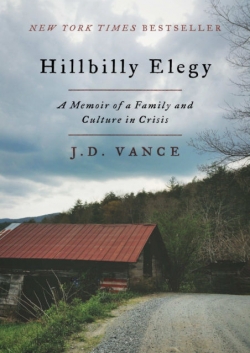 A family memoir about growing up poor in Appalachia tops the LPL’s 2018 list of most circulated from the adult nonfiction collection. The release of Hillbilly Elegy: A Memoir of a Family and Culture in Crisis, by J.D. Vance, came before the former Marine and graduate of Yale Law School’s April visit to Syracuse as part of the Rosamond Gifford Lecture Series.

No. 2 on the list told of how to pick and choose what to care about. The Subtle Art of Not Giving a F--- by Matt Mason was subtitled A Counterintuitive Approach to Living a Good Life. It promises an approach to a happier and better life. No. 3 is the cookbook from Cook’s Country, One-Pan Wonders: Fuss-Free Meals for Your Sheet Pan, Dutch Oven, Skillet, Roasting Pan, Casserole, and Slow Cooker. It includes 130 recipes.

Completing the adult nonfiction list are: 4, Killers of the Flower Moon, the Osage Murders and the Birth of the FBI, by David Grann; 5, Killing England: The Brutal Struggle for American Independence, by Bill O’Reilly; 6, Astrophysics for People in a Hurry, by Neil deGrasse Tyson; 7, Fire and Fury: Inside the Trump White House, by Michael Wolf; 8, The Whole 30: The 30-Day Guide to Total Health and Food Freedom, by Dallas Hartwig and Melissa Hartwig; 9, The Gentle Art of Swedish Death Cleaning: How to Free Yourself and Your Family from a Lifetime of Clutter, by Margareta Magnusson; 10, Instant Pot Miracle: From Gourmet to Everyday, 175 Must-Have Recipes, by Houghton Mifflin editors. 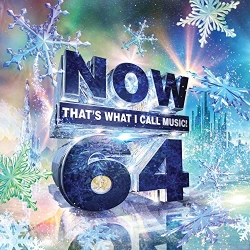 A collection of pop music tops the LPL’s 2018 list for most circulated CDs. NOW That’s What I Call Music Vol. 64 continues the long line of compiling hits in one place.

”Pop singer Ed Sheeran’s album Divide held down the No. 2 spot. The rock and rap of Kid Rock in Sweet Southern Sugar took No. 3.

Check out the label's album promo.

You can check out the availability of the above items by searching the catalog.

Many songs can be downloaded by LPL cardholders free via Freegal.

Songs and some movies can be streamed by LPL cardholders free via Hoopla.

Posted in Databases; Tagged Best of 2018;