Home » Blog » 'Dunkirk' Paints the Tensions of Escape on Land, Sea and Air

'Dunkirk' Paints the Tensions of Escape on Land, Sea and Air 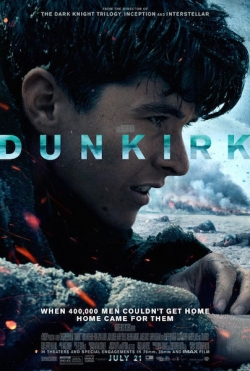 There was no getting away from the unbearable tension at Dunkirk those striking days during World War II when the German forces had the Allied troops sealed off on the beach with no place to go.

Director Christopher Nolan paints the horrors of war with tremendous anguish in Dunkirk, his 1-hour, 46-minute epic that should go down in history with the most well-done dramas about the wars that wage within the hearts and minds of men.

Nolan wrote the script for this 2017 action-filled piece, too, taking it to the skirmishes on sea, air and right there on land with high emotional stakes and breath-taking cinematography.

Fionn Whitehead crackles and simmers as Tommy, a British soldier who dodges bullets, crafts strategies and never gives up to find a way to cross that 27 miles of water to get him from the hostile shores with all those defeated troops back to home soil.

Each plan seems to be met with more frustration and failure, but Tommy refuses to go down for the count as he meets and maneuvers with other souls of kindred spirit and otherwise.

The viewer meets heroes in the sky as pilots parry and indeed choose to go down with their pace, and at sea as homelanders bring their private crafts across the waters from the other direction in an attempt to bring beloved countrymen they’ve never met back to safety. 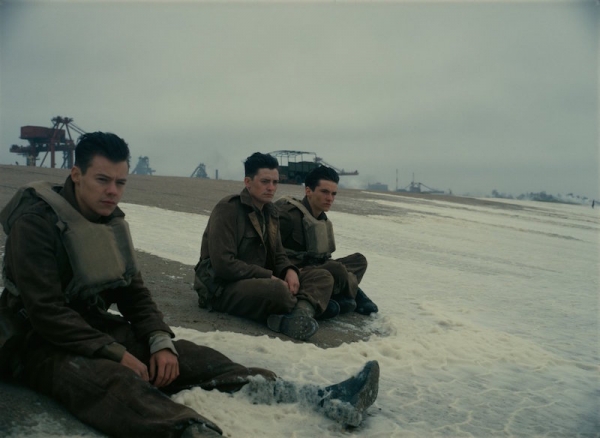 Tom Hardy and Jack Lowden provide great restraint and pride as the Royal Air Force fliers put in a pickle. Mark Rylance and Barry Keoghan equally demonstrate the passion and cool as a father and young man who refuse to allow unbearable circumstances turn them from following their hearts.

Every good move seems to be met with a trump from the enemy until ...

Well, the history books told us, but not like this.

'Dunkirk' is part of the LPL's MediaBank collection.