Dale Fiegl recalls that one day in January 2004, when inspiration whacked him, hard. 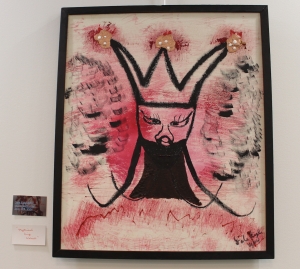 Out came his piece Mythical King Warrior. It sits in a prime spot in the artist’s exhibit titled Colors and Form Abstract, which features 16 of Fiegl’s works on the walls of the LPL lobby through February. Fiegl's exhibit marks the return of Art in the Lobby following the LPL transformation process.

“It’s totally out of my imagination,” Fiegl explained during a conversation as he carefully and loving placed his pieces.

His pieces are multi-medium, a result of a process that started as a result of his studies in Fine Arts and Languages at the University of Rochester. “I had an exhibition of sculptures and painting. And there it went,” Fiegl says.

Now his work has been seen “in museums on both sides of the Atlantic. I’ve been interviewed by the San Francisco Chronicle and many TV stations.”

He happily lives in Eastwood with his wife, Patricia Hicks, creating and appreciating life.

('Come Together to Grow' by Dale Fiegl)

“This exhibit is good to show how far things happened for me over the years,” Fiegl said.

The pieces are available for sale. Several have been purchased. Details can be found on the tags that accompany Fiegl's art on the walls. 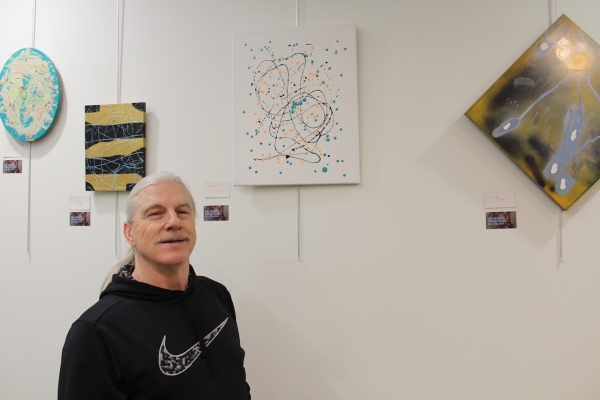 (Dale Fiegl with his piece 'Moved to Pray,' at center)

He’ll host a party for those interested in seeing and talking about his work, from 12:30 to 4:30 p.m. Sunday, Feb. 9, in the Carman Community Room. Expect music, festivities, refreshments and good vibrations.

Posted in Art in the Lobby;