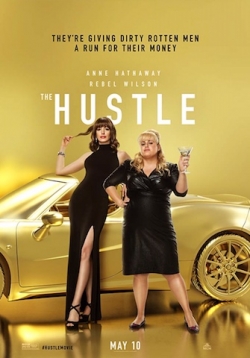 The big-con buddy movie surely is not new to Hollywood. In fact, this year’s The Hustle takes its cue from two generational films before it: Bedtime Story with Marlon Brando and David Niven in 1964 and Dirty Rotten Scoundrels with Steve Martin and Michael Caine in 1988.

Directed by Chris Addison from the screenplay by Stanley Shapiro, Paul Henning, Dale Launer and Jac Schaefer, this latest who’s-scamming-who comedy pairs Rebel Wilson and Anne Hathaway as the pair of fast talkers let loose on rich men on the French Riviera.

Wilson uses her well-known way with words and her physical tools to hold down her part of the action as the lower-class bad gal who wants to wrest her fortune away from unsuspecting bad-acting guys. We meet her Penny as she takes on a dating app hookup aghast that she’s not the photo advertised on their swipe with a story that said beauty is her sister, in need of $500 for a boob job. Guy wants in.

Hathaway’s Josephine, on the other hand, has a staff of helpers as she coaxes far bigger amounts of cash and assets out of way richer men.

When their paths cross, they loathe each other. 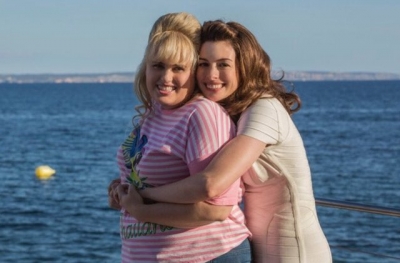 But of course they are working the same sort of game at the core.

Hathaway and Wilson make the most of their differences and a plot that allows them to pull a twist or two on the unsuspecting – marks on the screen and viewers of it both – as they fight for the prizes and bragging rights.

The big surprise even allows a sympathetic moment or two.

Then again, the name of their game is taking money from other folk. That might not allow you to get entirely on their side.