Stop, in the name of love!

Oh, but try as they might, the characters in The Seagull can’t turn off their misdirected ardor.

This latest version of Anton Chekhov’s classic play is, yes, staged in the 19th century Russian countryside, somewhere outside of Moscow. Directed and written by Michael Mayer, this lush adaptation turns loose an interesting list of stars on Chekhov’s story of art, fame, wealth and, of course, affairs of the heart.

Annette Bening plays Irina, the aging actress whose world so totally revolves around her own fame and fortune. She’s traveled with successful writer Boris, played by House of Cards alum Corey Stoll, to the estate of her ailing brother Storin, played by the still versatile Brian Dennehy.

There is her son Konstantin (Billy Howle), who fancies himself a writer, putting on a play that needs the narration of Nina (Saoirse). The audience also consists of Masha (Elisabeth Moss), her mom Polina (Mare Winningham), everybody’s doctor (Jon Tunney), the school teacher (Michael Zelenograd) and a handful of others. 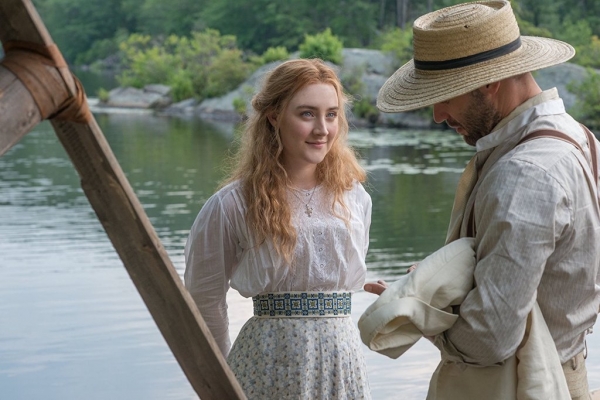 Mom disses son and his work, quite painfully. He flees.

Back and forth they go, spilling secrets, making big messes and attempting to live the good life no matter.

It’s so hard to pick sides.