by Mark Bialczak | 7 months ago 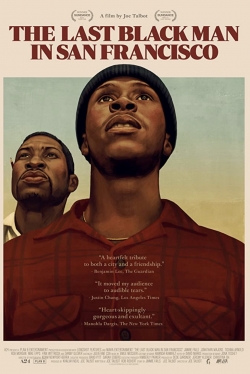 The big, beautiful house always sticks in Jimmie’s mind, sometimes in reality and always in his dreams.

The majestic spread in the neighborhood known as Harlem West was his childhood home for a time cut short by obvious family strife. But not before the family legend of how his grandfather had so lovingly build this dreamboat of a house board by board had sunk so thoroughly into his very being.

And so we meet Jimmie and his best friend Mont as they sneak to the exterior of this grand old house at least once every other week, to give it a piece of love and maintenance apparently to Jimmie not extended by its current pair of White homeowners.

The Last Black Man in San Francisco is a 2019-produced tale of race and justice and tensions very much meant to be watched right now. Jimmie Fails wrote the story with his real-life San Francisco friend Joe Talbot, who scripted the screenplay with Rob Richert. Talbot also directs.

It’s a movie rich in texture and tensions.

Jimmie is a nurse for the elderly who knows he can’t ever match the $4 million price tag put on the old family home even after that white couple moves out after family troubles. So he grabs heirlooms stored by his aunt and sneaks in, tells the power company to put the bill in his name, and hopes to take advantage of the homesteading law ... after getting advice from his father, who lives in a seedy hotel and has plenty of advice about this topic to lend. 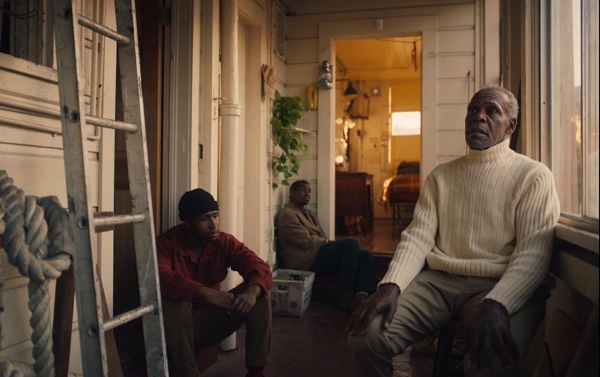 Mont, played with grace by Jonathon Majors, tries to help the best ways he knows how. He and Jimmie have been living with Mont’s grandfather, played with reserved class by veteran star Danny Glover, and Mont’s creativity and intelligence goes into writing a play about the whole matter.

Other story lines swirl around family, gang tensions and the imbalance between the races.

Half the neighborhood, a thick, diverse, and definitely not indifferent stew, turns out to watch the debut of Mont’s play in that very house.

Before the curtain closes, Jimmie and Monty both must face hard, tough truths.

It’s a worthwhile journey into their world of friendship, hardship and enduring both.